Dominic Engels-Tereshka — the charismatic shit-talker and BMX lifer known to many simply as DBZ — died on December 22, 2014. He struggled with depression, mental health issues, and drug abuse all his life. It was not his first suicide attempt. 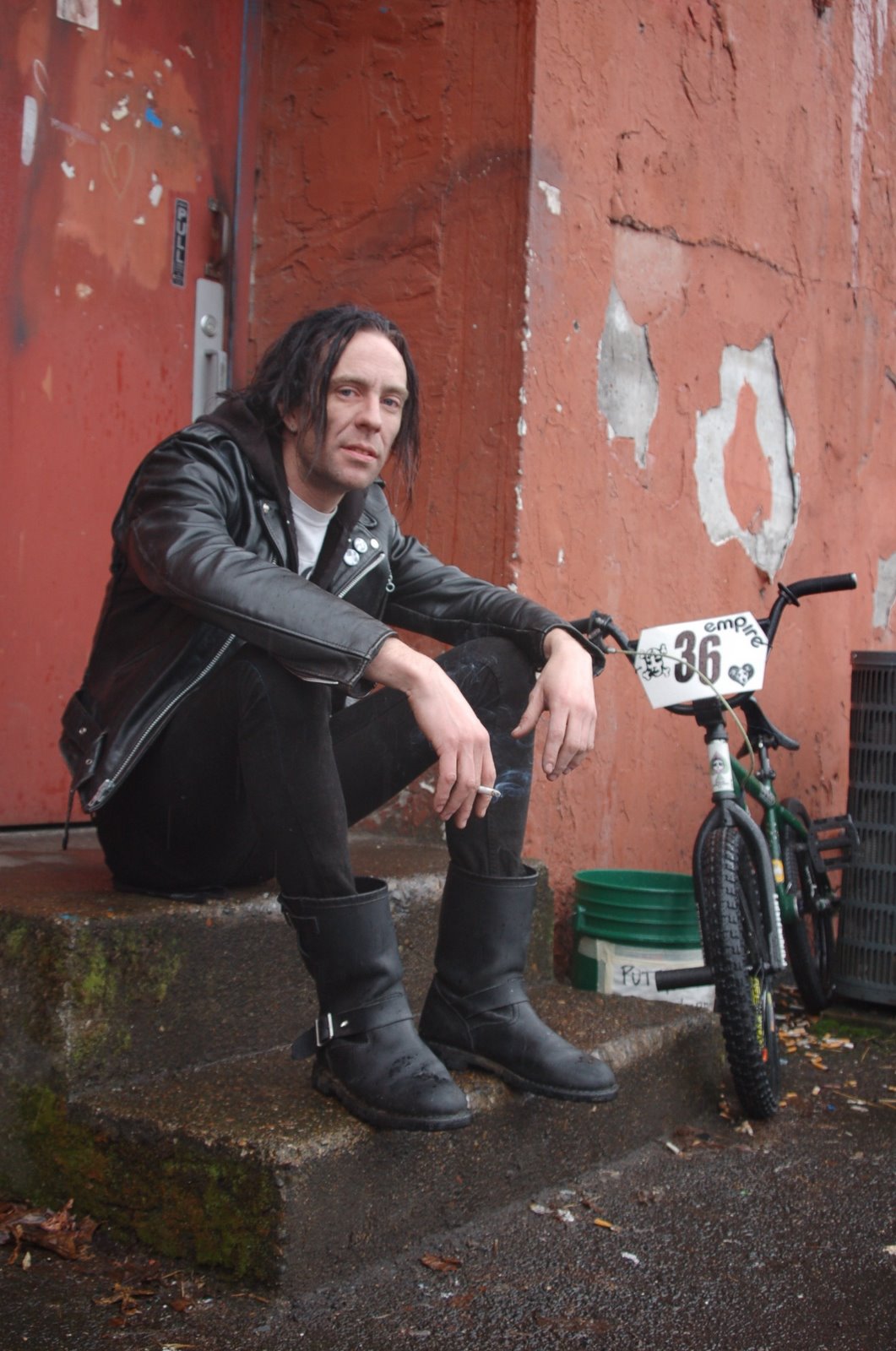 Dominic was a punk-rock idealist who believed in nothing but brutal, honest truth. His cynicism fueled a sense of humor and a cackling laugh that were somehow life-affirming in their profanity. He was educated, articulate, and brilliantly perceptive, but his favorite target of mockery was himself. He was generous even though he was penniless. He watched BMX videos, kept his bike tuned like a Swiss watch, and updated parts constantly, even though he hadn’t really ridden in 15 years. He was a tattooed goth, but his mysterious British accent could charm the pants off your grandmother. His cross-dressing alter ego was named Dorothy.

The film “E.T.” sparked Dominic's lifelong passion for BMX, and through street riding, he was able to make sense of the chaotic urban landscape that he found so oppressive.

He left his native England for the U.S. in 1997 and criss-crossed the country, living with friends or in punk houses in Bethlehem, PA; New York City; Ashland, NC; Austin, TX, and Long Beach, CA. He came to regard Portland, OR, as home, and was a fixture in the local BMX community.

He co-organized a weekly BMX movie night at a Portland bar during the summer of 2009. In summer 2010, he spearheaded a weekly nighttime street ride. He revived the tradition in 2014, culminating in a “handrail jam” with sponsorship from Cult. It was always his greatest pleasure to see young riders involved. He defended the integrity of BMX with every ounce of his being.

Dominic was a trained graphic designer, and he poured enormous energy into creating flyers for these events, as well as T-shirts, patches, stickers, buttons and zines for his own creative satisfaction. He produced graphics for the brands Fremont and Stranger and for friends' bands, although the professional pressure always burned him out.

Even after overcoming an addiction to crack cocaine in the early 2000s, Dominic still partied harder than anyone, and occasional “recreational” drug use inevitably led to long bouts with hard drugs. His legal status eventually made it difficult to find work, and the threat of deportation weighed on him. His married life was a source of great hope and of equal pain.

Dominic is survived by his wife Alex. They loved each other madly.

Feel free to leave your remembrances below. Donations can be made here. There will be memorials for close friends and for the Portland BMX community. Details to follow.